Are you suffering from non-responsive ulcers? Do you need help with dementia, diabetes, and other chronic conditions? Lion’s mane could be your ideal solution.

Lion’s mane is a common medicinal and edible mushroom in Ireland, also known as Hericium Erinaceus.

If you have never heard of it before, we shall explain everything you need to know about the mushroom, including its top five benefits and legality in Ireland.

What Is Lion’s Mane?

The Lion’s mane, also called Hericium Erinaceus, is a mushroom species that belongs to the Tooth Fungus Group. The fungus is famous for its medical and culinary applications in Europe, Asia, and North America continents, where it grows.

The Hericium Erinaceous’s white and globe-shaped body with extended shaggy spines isolates it from other mushroom species. Indeed, its long shaggy spines resemble the mane of a lion hence the name “Lions Mane.”

They grow on hardwoods and are most common during the fall and summer seasons. Hericium erinaceous is considered a saprophytic and parasitic plant. This is due to its tendency to grow on dead and living plants.

The Lion’s mane mushroom is a nootropic. It is believed to have bioactive agents that can help with improving the functioning of the brain. It can also help in healing and controlling health complications in other parts of the body.

Below are the top five benefits of Lion’s mane mushroom.

Dementia is a general term for impaired brain functioning. It can include the brain’s inability to think, remember and make decisions that affect a person’s everyday life. Brain degenerative disorder is common among adults aged 65 and above.

One study found that Lion’s mane mushroom has potent chemicals, Hericenones and Erinaceus, which could help with stimulating your brain.

Another study done to establish the effects of Lion’s mane revealed that lion mane could protect the mice against the memory issues that result from the accumulation of amyloid-beta during Alzheimer’s disease.

In a study conducted to examine the effects of the Hericium erinaceous in adults with mild cognitive disorder, it was found that taking three grams of Lion’s mane powder daily for at least four months could improve their cognitive abilities. However, the benefits ceased with the supplementation.

Though the above studies seem promising, it’s important to note that most studies have been conducted on test tubes and animals. More human research is needed to confirm the above results.

2. Speeds up Recovery from Injuries in the Nervous System

The nervous system is a body mechanism responsible for communication in the body. It includes the spinal cord, the brain, and all the nerves in the body.

An injury in the nervous system like the brain can result in paralysis, disrupted speech, and other devastating effects.

Fortunately, a study conducted to examine whether Lion’s mane could help with cell regeneration in a rat with nerve damage was confirmed positive.

3. Prevents Ulcers in the Gut 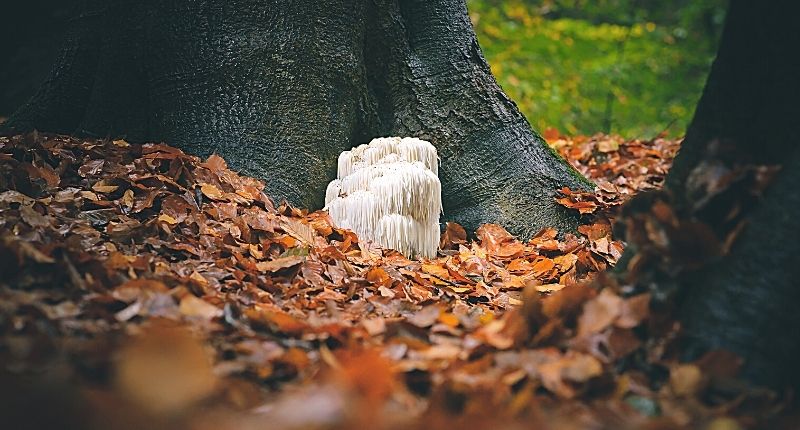 If left untreated, the peptic ulcers may end up bleeding or result in cancer of the stomach. Luckily, test-tube studies have found that taking Lion’s mane can inhibit the growth of H. pylori. However, it is still unclear how the extract will behave when used in the human stomach.

Another study revealed that Lion’s mane is more effective in preventing alcohol-related ulcers in rats than the traditional acid control drugs. The Lion’s mane extract may also be great at reducing inflammation and inhibiting tissue damage along the intestine.

Note: the above reports are based on animal and test-tube studies. More human research is required to validate them.

Diabetes is a deadly disease caused by the body’s inability to regulate the glucose level in the blood. If left uncontrolled, the high sugar level may cause complications in the kidneys, impair vision or cause nerve damage, especially in the hands and the legs.

The above study reports suggest that Lion’s mane could be used for controlling blood glucose. However, more research is needed to confirm the effectiveness of the extract in humans.

5. Aids in Quick Healing of Wounds

The Lion’s mane may also fasten the healing of wounds. A study conducted to test the effectiveness of Lion’s mane in a rat’s wounded neck produced positive results.

However, there is no sufficient evidence to back the topical application of Lion’s mane on human skin.

The Legality of Lion’s Mane in Ireland

Lion’s mane is legal in Ireland. It is sold in the market in the form of capsules and powder. However, picking the wild Lion’s mane in the mainland for commercial purposes is considered illegal if you don’t have the landowner’s consent.

That means you can grow commercial Lion’s mane indoors or in your field.

Various studies suggest that the application of Lion’s mane in culinary and medical applications may continue in the future without restrictions since no adverse side effects have been unveiled so far.

How to Buy in Ireland

The Lion’s mane is available in the market in capsules and powder form. You can buy the drug physically or order online. An order may take between one and three working days to arrive.

How to Grow and Cultivate Lion’s Mane

Below are the steps you need to follow if you intend to grow Lion’s mane on logs:

The Lion’s mane grows on hardwoods. The hardwood varieties include Marple, birch, oak, and black walnut.

When choosing your log, make sure you pick an old log, as Lion’s mane won’t grow on too young logs. Also, they won’t grow on wood that has hosted other fungi.

The purpose of drying the logs is to reduce the moisture to up to 40%. The best way to dry the logs is to place them on a pallet or any other raised ground for at least a month.

Buying the spawn should follow after drying the logs. The number of your spawn plugs will depend on the number of logs you have dried.

Before inoculating the logs, you need to get the right inoculation tools. These tools may include a sterile sealing wax, hammer, cordless drill, double boiler, and a candy thermometer.

Place the Spawn Plugs on the Holes

Use the hammer to tap the spawn plugs into the holes until they flash with the log surface.

Using the paintbrush, place the wax over the hole and the plug.

After the inoculation, Lion’s mane will take up to 6 months to make the first small flush and almost two years to thrive. You can always confirm their progress by white fuzz on the sides of the logs, which indicates mycelium has developed on the entire log.

The Lion’s mane will remain productive for at least six years.

What Is the Best Way To Consume Lion’s Mane?

You can take it raw or cooked. Alternatively, you can dry Lion’s mane mushroom and mash it into powder, then take the powder with tea, hot water, coffee, bone soup, or even a breakfast smoothie. 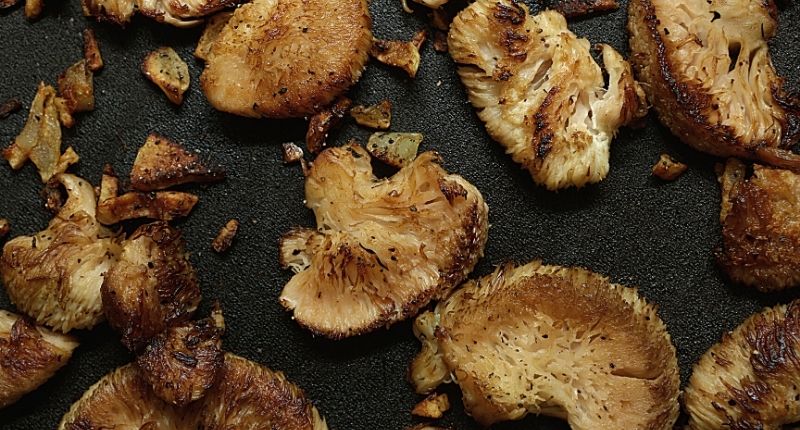 Researchers have found no adverse side effects, but it is always good to talk to your doctor before you start taking Lion’s mane. The doctor will advise whether Lion’s mane can help with your condition or not. They will also prescribe the drug to you to avoid its misuse.

When Is the Best Time To Take?

The Lion’s mane works best when taken in the morning, as it helps restore the brain’s functioning and keep it active for the entire day. In most instances, Lion’s mane enthusiasts take it alongside coffee to get a double boost of energy, focus, and clarity.

However, this does not mean that Lion’s mane won’t be effective if you fail to take it in the morning. Being a nootropic drug, Lion’s mane extract would do wonders regardless of when you take it.

That means it’s safe to take it at any time of the day, but taking it in the morning may make you more productive.

Should You Take Every Day?

Other studies indicate that Lion’s mane benefits to aged adults stopped when the supplementation stopped. The above reports suggest that Lion’s mane might work effectively when administered daily.

Numerous studies associate Lion’s mane with multiple health benefits. However, their application in humans remains questionable as most studies are based on animal and test-tube studies.

More research is needed to confirm the effectiveness of Lion’s mane in humans.